Who says you have to be a slave to traditional media in order to get your message out there about the types of products or services you have to offer? After all, in this economy, who can afford a print ad or television commercial, especially if you are a small business owner? And, thanks to the Internet and the rush to online social media, traditional advertising may just well be a thing of the past in the very near future.

That means that, as a small business owner, online social media actually lets you play with the “big boys” and, sometimes, even beat them at their own game. That’s because the large companies still haven’t gotten this social media thing figure out. Just look at some prime examples of how “nobodies” went from unheard of to brand icon in a short time:

These examples are just a couple of seemingly endless examples of how social media has provided a way for anyone with the right strategy to attract an audience, generate traffic for their website and even offline business, and, of course, build their brand. Most of the social media offerings do not cost anything and rely strictly on creativity and determination. It’s a way to interact with your audience and find out what your potential customers are interested not to mention what they have to say.

With even large companies being left behind after their dismal attempts at social media, this is your chance to step in and get noticed. Simons Studios can create visual designs for social media campaigns. They also partner with a host of social media experts who can craft and maintain content for your social media accounts. Introduce yourself to your future customers now!

5 Simple steps you can take today! 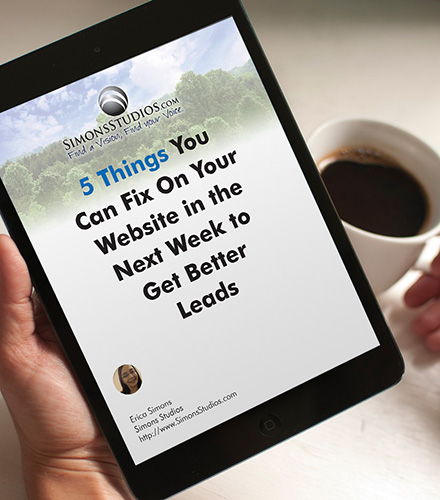 Our Web Workbook walks you step by step through your website to refine your message to target your best client.


I hate spam as much as you do and I will never give your details to anyone.